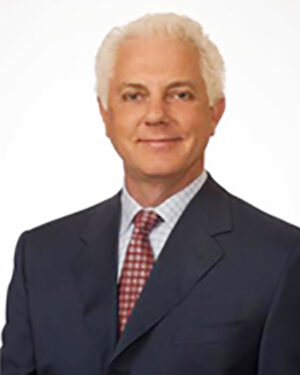 Robert M. Brown, Chairman of American Asphalt Company, operates the company as one who has been entrusted by God to care for His people and manage His assets while he is here on earth. As the company’s visionary, Bob looks for opportunities to grow the list of satisfied customers and to assist the people who depend on the company for employment or economic benefit. Being a leader entails setting the company’s RIGHT “Core Values” and ensuring alignment with these expected attributes throughout the organization.

Bob grew up in a family business and later, in 1986, he purchased the assets of a small asphalt company that he grew from five employees to its current ___ employees. This growth meant being a multi‐tasking entrepreneur in the early years and learning each facet of the business, to now having a dynamic leadership team to professionally manage the business. Bob knows that, to be successful, it’s imperative to surround yourself with great people that are aligned in culture and brilliant in their own specialty field. This has been accomplished over time, allowing the company to not only flourish but to sustain the talent and manufacturing challenges its faced. With its customers and its people as its main concern, Bob’s hope is that they will benefit greatly by doing business with American Asphalt Company, as all involved adhere to the core values and Christian principles.

Bob actively participates in the construction industry and in the communities in which he works and resides. He served as the President of the Board of the Food Bank of South Jersey for nine years and is a past chairman and current Emeritus board member of the Associated Builders and Contractors (ABC) of New Jersey. Bob actively participates in C12, a Christian Business Owners Group, Utility Contractors Association (UTCA), and New Jersey Asphalt Pavement Association (NJAPA)‐ former Secretary and Treasurer, New Jersey Business and Industry Association and The Builders League of South Jersey. Bob enjoyed being a volunteer fireman for over 30 years in his “spare time.” In addition, Bob is involved in industry lobbying and political efforts, believing in the Merit Shop philosophy in which American Asphalt Company has been built.